This album earned She’Koyokh the nomination for ‘Best Group’ in the Songlines World Music Awards 2012. It received 5 stars in Songlines and was described in fROOTS as “sophisticated, multi-lingual and an important hint of where klezmer in Britain should be headed for right now”.
Released on ARC Music in 2011. 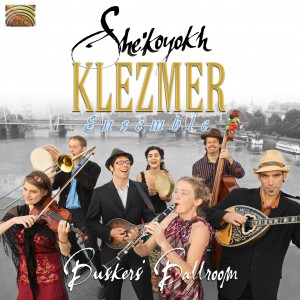 There are no reviews yet.

Be the first to review “Buskers’ Ballroom” Cancel reply